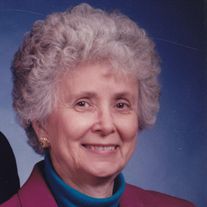 Kathy enrolled in Harris Teachers College in order to fulfill her dream to become a teacher in the mission field. She met Theodore A. Michalk, a student at Concordia Seminary St. Louis. Her wish to be a missionary was realized when Ted accepted a call to serve in India and on July 1, 1945 they married. Their marriage was blessed with five children: Nancy (Bob Barth) of Lamy, NM, Audrey (Rev. Alan Abel MD) of Big Spring, TX, Grace (Heriberto Perez) of Austin, TX, Judith (Barry Mascarenhas) of Tacoma, WA, and Paul of Giddings, TX.

On October 1945 Kathy and Ted sailed 45 days in an empty troop ship from Boston to India. Ted’s brother, Erwin was stationed in India with the Signal Corps in Assam and met their ship in Calcutta. They arrived just in time to have the Indian nationals protest against the British – demanding “white man go.” Kathy thought that was incredulous because “we just got here!” They spent several days trying to evacuate safely to Madras (Chennai). They remained in south India for 26 years coming to the United States every 6 - 7 years for furlough residing in St. Louis, MO. or Giddings, TX.
Kathy worked with Ted as they ministered to the people of Ambur, Pernambut, Krishnagiri, Kodaikanal and Nagercoil, Tamil Nadu India. She taught women to sew and care for their children and she supervised the first classes of women who attended Concordia Seminary, (1966-1971) in Nagercoil. In 1971 Ted resigned from the mission field and subsequently served at St. Peter’s Lutheran Church, Evansville, Illinois from 1972 - 1985. There Kathy worked with disabled adults at the Red Bud, IL. Human Service Center as Assistant Education/Vocational Specialist. She also organized religion classes for handicapped children. In 1985 the couple retired in Giddings, TX to care for Ted’s mother late Mrs. Adolph Michalk. Kathy was an active member of Immanuel Lutheran Church, serving as member/officer of the Ladies Aid and the Lutheran Woman’s Missionary League. For many years she helped take the Bible class and church services to the residents in the Giddings nursing homes.

Kathy was preceded in death by her husband Theodore in May, 2013. Besides her parents she is preceded in death in 1993 by her only brother Jean E. Kicker, and in 2001 by her sister-in-law Virginia Kicker.  She is survived by her five children and their spouses, her four grandchildren; Andrea Abel (Jeff Thompson) of Colorado Springs, CO., Jon Abel (Alicia Valasco) of Richardson, TX., Katherine Perez-Currier (Mike Currier) of Jonestown, TX., and Deanna Diamond (late Bobby Diamond) of Smithville, TX. and her five great grandchildren; Taylor Thompson of Tyler, TX, Gregory, Jacob, Daniel and Mary Abel of Richardson, TX. her sisters-in-law Ruth (late Curtis Doering) of Kingwood, TX., Dorothy (late John Geisler) of Grand Coulee, WA., and Barbara (late Erwin Michalk) of Tucson, AZ., brother-in-law Edward (late Bernice Bernthal) of  Waupon, WI., her nephew, Craig Kicker and his daughter Ashley Kicker of St. Louis, MO., her niece Lisa Kicker-Castle (Lawrence Castle) and their daughter Rachel Castle of St. Louis, MO., and by many nieces and nephews and cousins and by her care givers who cared for her deeply, Denise Green, Carol Schulz and Brigette Richmond. Special thanks to service providers of Gentiva Hospice and Standards Hospice.

The Funeral service for Katherine Michalk, 89 of Giddings, was performed at 2:00 p.m. on Tuesday, September 22, 2015 at Immanuel Lutheran Church in Giddings with Rev. Allen Doering and Rev. Robert Tiner officiating. Burial followed in the Giddings City Cemetery.
Memorials may be made to Bethania Kids, Immanuel Lutheran Church (Covered Entryway or Missions) or to the charity of your choice.