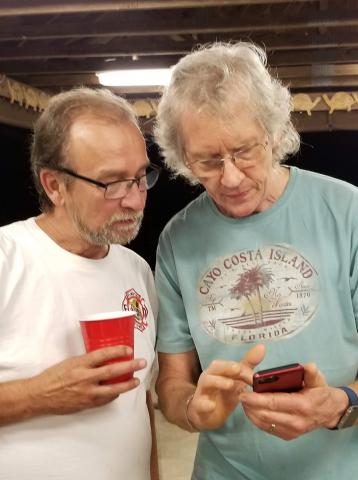 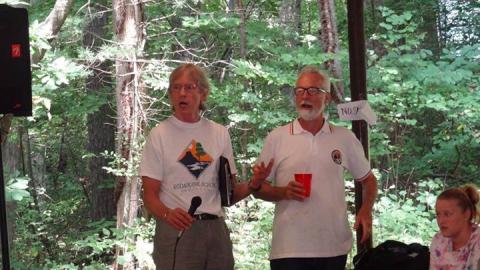 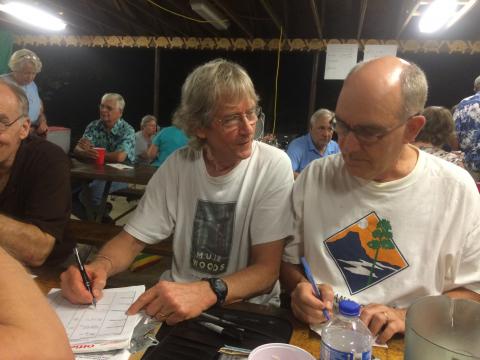 One of my earliest memories of Bob was when I was a “piano checker,” at Kodai.   It was my responsibility to make sure all scheduled pianos in the back of the gym were being filled with the assigned piano students, and that they were actually practicing, and not skipping out .  I must have been in 9th grade.    Bob was one of my “victims.”   The “job” called for opening the practice room door, and making sure the assigned person was there, as well as making sure he or she wasn’t just playing “chop sticks.”  When I checked on Bob, he was indeed playing chords, but he was playing random chords, with a book buried in his lap.  He was studying.   I guess he was hoping I would not open the practice room door.   I  suppose I could have given him a demerit, but we both had a good laugh, and I told him to keep on studying.   No need to disturb the study with random chords.  He was most grateful, as I recall.   We had a good laugh about this at a Kirchenwald reunion, although I had to bring the memory back to him.    Bob was one of the most gentle, like able individuals.   He was a friend to all.   We were in Chorus together, and I recall he sang in the church choir as well.  He had a beautiful tenor voice.    At Kirchenwald, I was recruiting choir members, and asked him to sing Tenor at the reunion church service.   He told me he would have trouble reaching the higher notes ... but he sang tenor ... and as always did an awesome job.  Just ask Wendy Oesterling!   I remember Bob singing at camp fire time during the Kirchenwald Reunion.  Hans Schmitthenner has remarked about Bob’s singing at the reunion, and I agree ... what a voice!   He used to lead one song with lyrics from an African language, which kept getting faster and faster, as well as many folk songs.  Camp fire with Bob, accompanied by Chris Granner has always been an exceptionally wonderful memory for me.     When planning the reunion, Bob was the primary financial guy.  He used to keep the reunion funding in a separate account.  He would pay the deposits to rent Camp Kirchenwald.  He was was the primary guy to decide attendees pricing, (always with consideration to our pocket books). He helped collect money at the reunion, then when he returned home to Sarasota, Florida, he would deposit our “tuition,”  figure out the charges, and what we owed the camp, and then send a check to Camp Kirchenwald, and finally send the deposit for the next year.     We would wait for him to show up at the reunion to bring funds to purchase or reimburse  us for supplies (food).  About 15 years ago, Bob said to me, “I think you should be included on this account.  We need at least two signatories.  We are getting to be THAT  age, you know.  What if one of us kicks the bucket?  There should be recourse.”  We laughed, but considering March 3,  (the date he passed away), it turned out to be prophetic.  So I joined him on the account and took out a debit card, so we could buy our supplies.  Bob would always arrive on Friday.   The rest of the organizers would arrive on Wednesday to help set up and take food deliveries.     What an awesome individual.  What a sense of kindness.  What a sense of humor!  We loved him.  He will be missed by many.     Bob Edwards '69