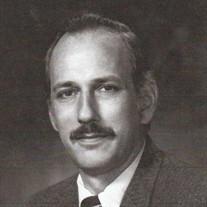 Ralph W. Doermann, professor emeritus of Old Testament, Archaeology, and Ancient Languages at Trinity Lutheran Seminary, was born on June 25, 1930 in Tiraputi, South India. He came to the United States at age 18 and entered from Capital University, graduating in 1952. He served as an Encryption Officer in the Navy during the Korean War.

Ralph entered Trinity Lutheran Seminary, graduating in 1958, and earned a PHD, with honors, from Duke University in 1961. He served as a pastor at Trinity Lutheran Church in Albert Lea, Minnesota until 1963.

He began teaching at Trinity Lutheran Seminary in 1963 and retired in 2000. Resulting from his academic work, he developed a passion for Biblical Archaeology, and spent 12 seasons excavating in the Middle East and Cyprus in the following capacities: field supervisor, area supervisor and directorship.

Due to the Covid-19 situation, the family will be having a private funeral for Ralph on Friday, November 13, 2020. In lieu of flowers, memorial donations in Ralph's name may be made to Lutheran Refugee Services at www.LIRS.org.